Here's a link to the new home of NotTheNews AND the Casual Restaurant Critic, which will be under one roof:
http://www.lawsonsyucatan.com/

Tell me what you think!
Posted by William Lawson at Monday, February 22, 2010 1 comment:

For those of you who do not have the privelege of owning a vehicle in Mexico, this will be of little interest. For those that do, you probably know it already: in Mexico we have to pay a tenencia, or tax just to own a car. This on top of all the other taxes that one must pay in Mexico, this great land where those that pay taxes (30% of the population) pay for the other 70% who either evade taxes completely – those at the top end of the economic spectrum with good fiscal lawyers – and those who are ‘too poor’  at the bottom, because ‘ay poooobres‘ the government and politicians feel sorry for them.  They don’t want to help them, educate, raise the minimum wage, whatever; but they do feel sorry for them. And so they don’t pay taxes either.

Once again I digress. I was talking about the tenencia.

In a nutshell, it is a tax that is based on the value of the car and decreases as the car ages. Implemented in the late 1960’s to pay for the Mexico City Olympics, it turned into such a cash cow that it never went away.

There has been talk about the tax being unconstitutional and the voices, during the 20 years I have lived here, have become louder and more strident; this tax is obsolete ie the Olympics have been paid for many times over , it is unconstitutional and should be abolished for once and for all.

In the last presidential election campaign, Felipe Calderón promised to eliminate this tax. Today I received an email that explains that he has eliminated the tax at the federal level and has left it up to each state to decide whether or not they want to continue charging this tax. This is why, in a bold and rare move, the state government of Queretaro has eliminated the tenencia tax altogether. Finally, some good news!

So if you are here in the Yucatan and wondering why we pay this onerous tax, know that it is now in the hands of our governor, not Felipe Calderón. 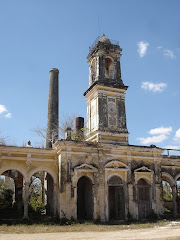 Buy one today and brush up on your YUCATECAN Spanish